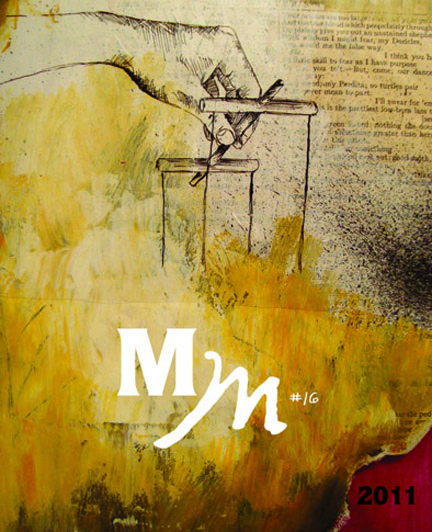 After 7 1/2 years of publishing, Toronto’s Misunderstandings Magazine is ceasing publication, as its editors move on to other projects. This little publication, which straddled the line between zine culture and Toronto’s more mainsteam literary community, positioned itself as a playful journal striving to introduce and foster emerging writers and showcase them alongside some of Canada’s best talents. Despite limited resources, MM’s editorial team of Jim Johnstone, Vicki Sloot and Ian Williams nevertheless were able to create a reliable publication that captured the vitality and quirkiness of Toronto’s diverse literary scene.

On Thurs June 02, beginning at 7:30pm, livewords hosts the launch party for Misunderstandings Mag 16: The Final Issue. This special event, hosted by Edward Nixon and Jim Johnstone, takes place @ Black Swan Tavern (154 Danforth Ave, Toronto) — it will be a night to celebrate the contributors in MM16 and all the writers and artists who have been part of the magazine’s 16-issue run. Come and help to put a gilded fork in it! Complimentary snacks, cash bar.

>>> For more information on livewords: go here
>>> RSVP to the Facebook event: here