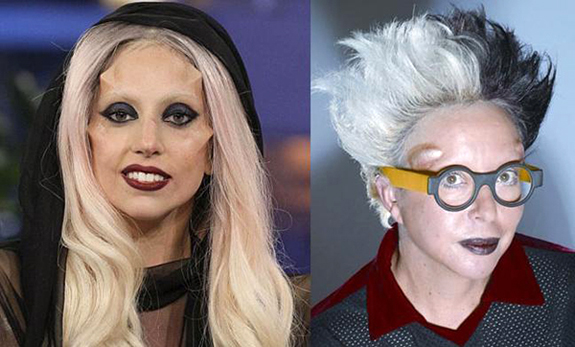 French artist ORLAN (who we featured/interviewed way back in CAROUSEL 24) is suing Lady Gaga (and the French subsidiary of Universal Music) for plagiarism in a Paris court. In the lawsuit, the artist accuses the singer of stealing from her to construct the visual universe of her third album, Born This Way — ORLAN works cited to have been plagiarized include: Bump-Load (2009), a sculpture representing ORLAN as a bionic hybrid; and Woman with Head (1996), a performance that features the decapitated head of a woman with square-cropped bangs set on a plexiglass table. ORLAN is demanding $31.7 million (or 7.5 percent of the profits) from the album and video.

Good luck, ORLAN; it’s about time someone called out Lady Gaga — or more likely, her stylists — on such blatant plagiarism of contemporary art world imagery! 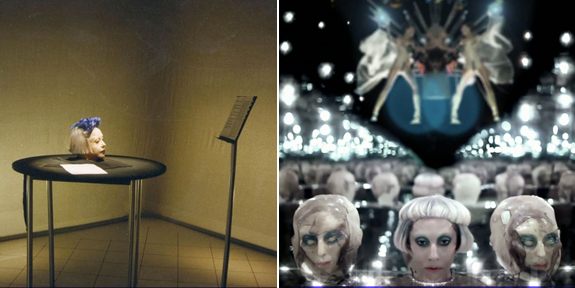 :::::::::: Check out this Tumblr blog — it tracks similarities between Gaga’s imagery and source artists 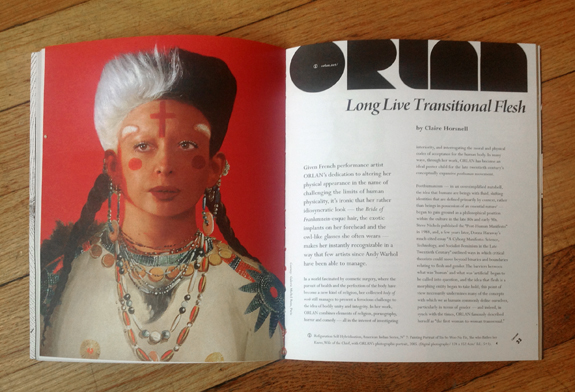