“I wanted to be destroyed … and reborn.” Dash Shaw credits these words to a tattered old comic book, near the end of Cosplayers, a recent collection of his own comics about fan culture, cartooning history, creativity, and female friendship. Shaw’s teen girl protagonists have lucked into a stash of funnybooks by the legendary Jack ‘King’ Kirby (1917–1994), co-creator of the Fantastic Four, Captain America, and, in this instance, the 2001 comic book adaptation. Heedless

END_OF_DOCUMENT_TOKEN_TO_BE_REPLACED 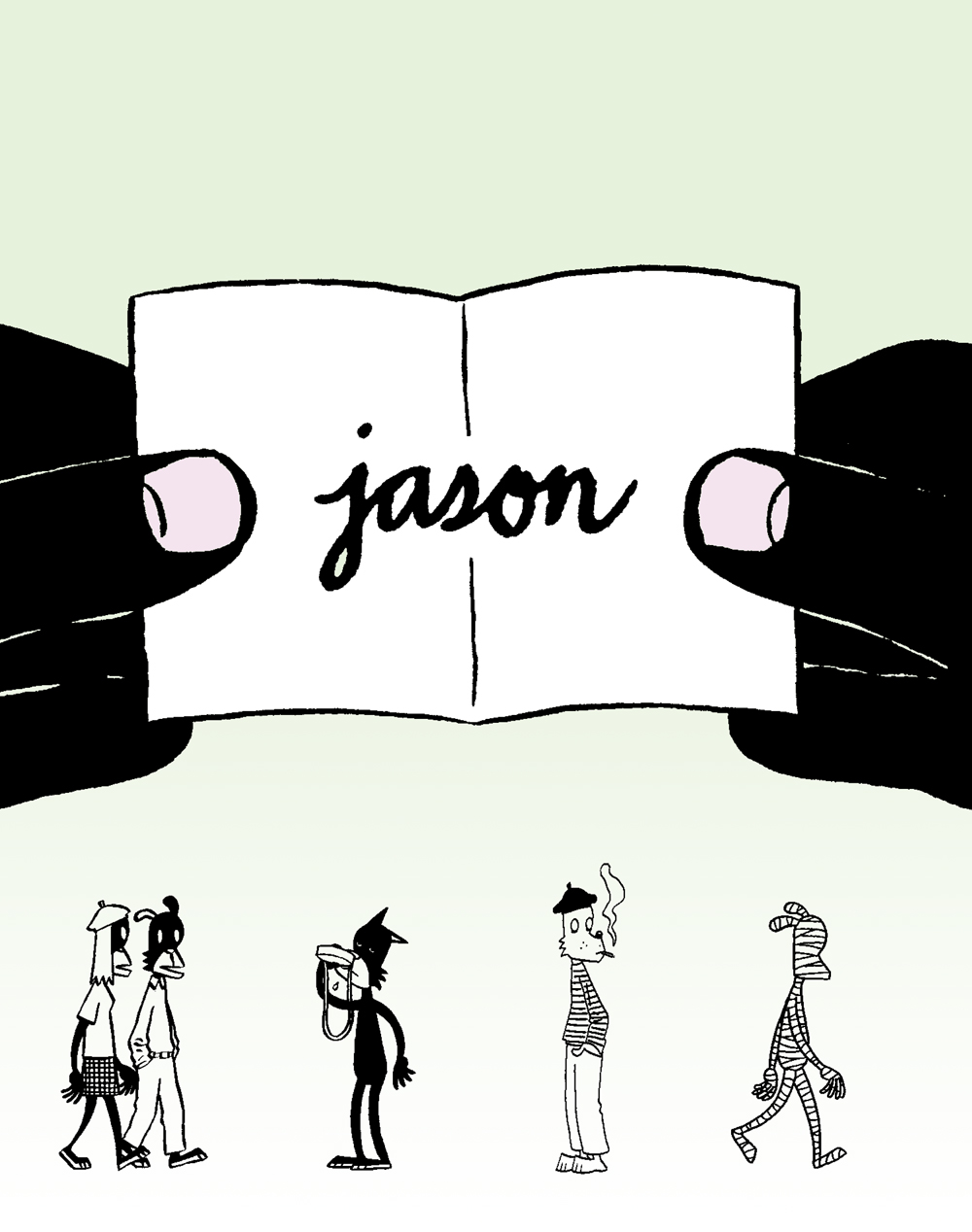 From the Archive: ‘Improvisation is Important’ Jason Interview (CAROUSEL 30)

With a career spanning nearly two decades, Norwegian cartoonist Jason is undoubtedly one of world’s finest storytellers. Known for his sparse drawing style and anthropomorphic characters, he is the creator of a series of acclaimed, award-winning graphic novels that always deliver the perfect blend of humour and heartache. Interview conducted May, 2012 Jason, can you give us an idea how you create a new work? I’m interested in how you break down the tasks, how

END_OF_DOCUMENT_TOKEN_TO_BE_REPLACED 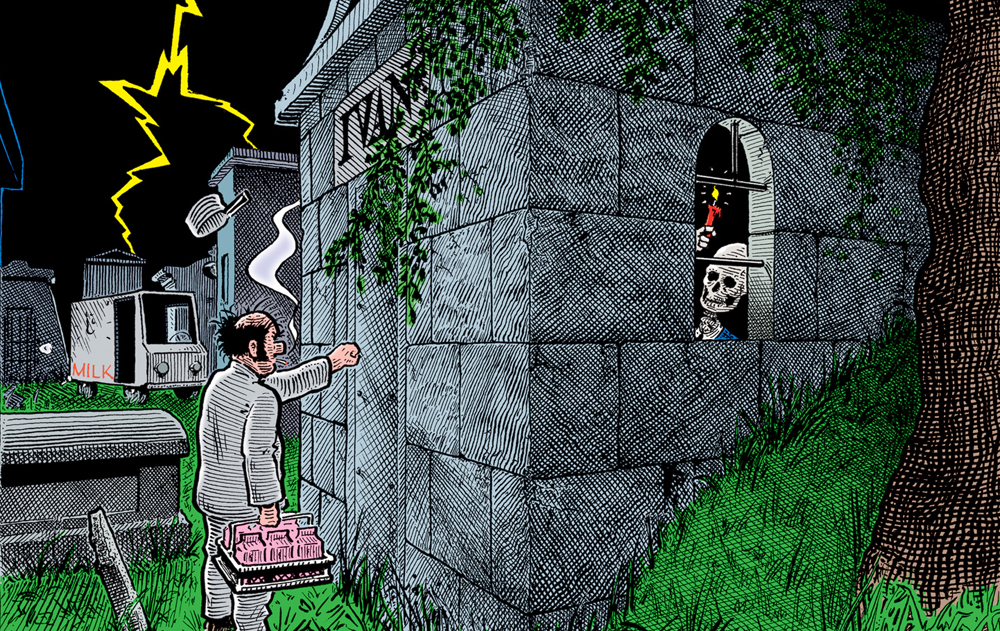 Jack-of-all-trades Robert Dayton has known artist / photographer David Boswell for a few years now, and has been a fan of his comic books for far longer. On the eve of the announcement of Boswell’s induction into the Canadian Cartoonists Hall of Fame, Dayton chatted Bowsell up on the mean streets of Toronto, on a sunny day — read on to find out why he is convinced that Boswell makes the funniest comic books of

END_OF_DOCUMENT_TOKEN_TO_BE_REPLACED

While TCAF only happens for a week each year, comics culture remains alive and well at the Toronto Reference Library all year round … … did you know that Page & Panel: The TCAF Shop is a recent, permanent on-site addition to the ground floor of the library? This well-curated retail environment presents the very best of comics, graphic novels, art, design objects and book culture merchandise to Toronto. They even carry a handful of

END_OF_DOCUMENT_TOKEN_TO_BE_REPLACED 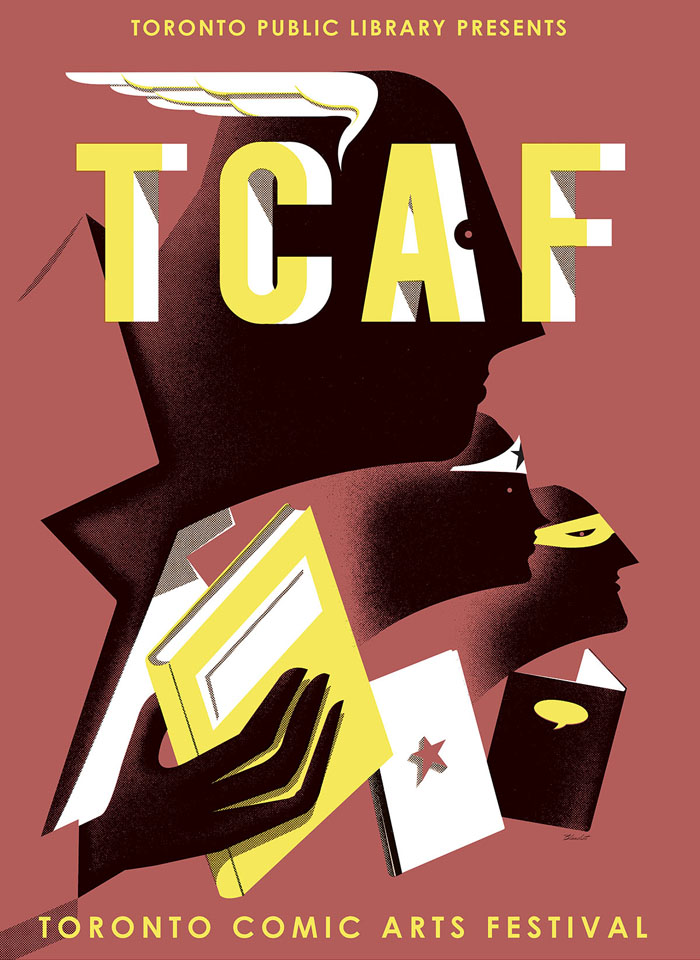 The 2015 Toronto Comic Arts Festival at the Toronto Reference Library (789 Yonge St) Saturday May 9th 2015, 9am-5pm Sunday May 10th 2015, 11am-5pm FREE ADMISSION A week long celebration of comics and graphic novels and their creators, which culminates in a two-day exhibition and vendor fair featuring hundreds of comics creators from around the world. Other Festival events include readings, interviews, panels, workshops, gallery shows, art installations, and much more. Highly recommended! >>> More

END_OF_DOCUMENT_TOKEN_TO_BE_REPLACED APRIL 2015 at http://4panel.ca 4 new 4PANEL strips appeared in the past month by Jessica Fortner Illustration, Ethan Rilly, Christopher Green and Anuj Shrestha … have you checked out these new works yet?   Also, we’d like to remind you that 4PANEL appears as a full-colour section in the pages of each new issue of CAROUSEL. : : : : Buy the latest issue of CAROUSEL now 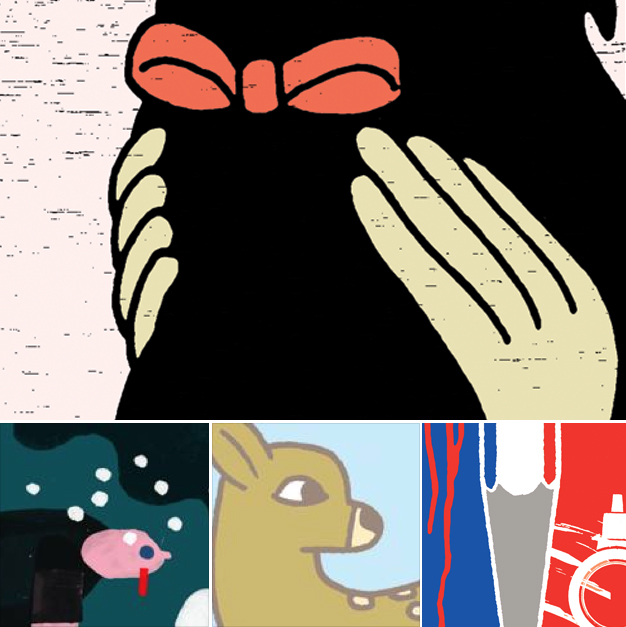 JANUARY 2015 at http://4panel.ca 7 new 4PANEL strips appeared this month … first off, we introduced EDIE FAKE (USA) to the project; we did an expanded 3-strip run focusing on DANIEL ZENDER (Brooklyn, NY), featuring works from his forthcoming Nope publication; JASON BRADSHAW (Toronto) returned to the site with the strip ‘Where I Come From’; MARK LALIBERTE (Toronto) took a stab at some Charlie Hebdo-influenced ‘grey commentary’; and finally, MARA STERNBERG (Toronto) delivered ‘Tasseomancy’, an

END_OF_DOCUMENT_TOKEN_TO_BE_REPLACED 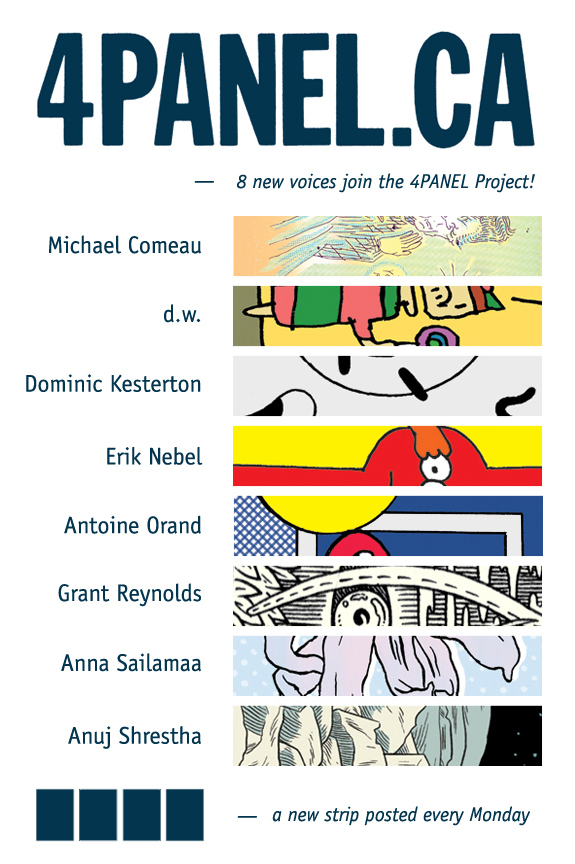 Starting in November, and for the remainder of the year, the 4PANEL website will be debuting the first 4P strips created by 8 wonderful talents curated from across the globe: Michael Comeau (Canada); d.w. (USA); Dominic Kesterton (Scotland); Erik Nebel (Portland/USA); Antoine Orand (France); Grant Reynolds (Chicago/USA); Anna Sailamaa (Finland); Anuj Shrestha (NYC/USA) have all found inventive ways to apply their strip-skills to the four-panel challenge. Be sure to visit the site each and every

END_OF_DOCUMENT_TOKEN_TO_BE_REPLACED 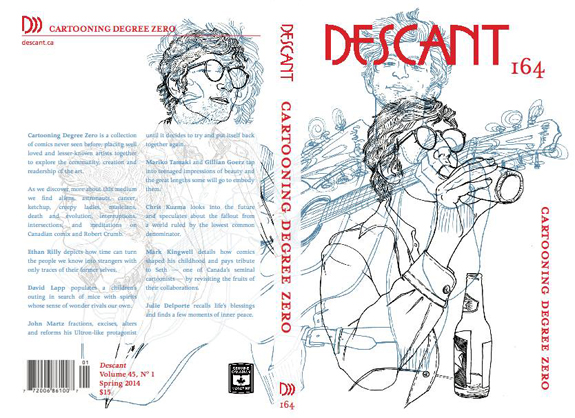 Descant 164: Cartooning Degree Zero Launch Party Tue Apr 29, 7-10pm @ The Handlebar (159 Augusta Ave, Toronto) Descant is releasing its Spring 2014 issue, Cartooning Degree Zero. This issue explores the medium of comics, from its sense of play with text and image and the literary possibilities these games entail, to the great Canadian artists responsible for the popularity of visual storytelling today. Come for a light snack, drinks, raffle prizes and readings by leading lights in